How airports are prioritising security to keep customers safe 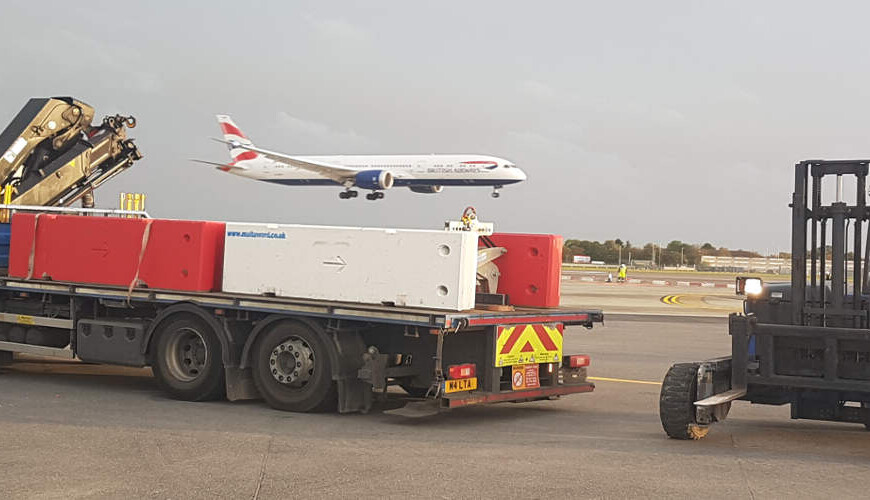 If there is one part of travelling that is universally disliked, it is the process of passing through airport security. This extremely lengthy process necessitates turning up at the airport long before your flight leaves, and the whole situation can be stressful. Indeed, there can be no doubt that airport security has evolved enormously in the past 20 years.

But airport security is there for a reason – and the measures in place are helping to keep passengers as safe as possible. It wasn’t until 1973 that passengers’ bags were checked before boarding a plane, and x-ray scanners were not brought into effect until 1988. But, living in a post 9/11 world, airport security has a real focus.

The kind of measures that are in place are changing all the time. Here are some of the things that airports are doing to prioritise customer security.

It is arguable that Covid-19 has caused the biggest change in airport operations since 9/11. Where the terrorist attacks in 2001 created a need for far more intensive and advanced airport security, Covid-19 has forced a focus on a different kind of safety: hygiene. There can be no doubt that stringent measures have been put in place by airports to keep passengers as protected as possible.

Gatwick was the first airport in the UK to roll out UV cleaning – and measures surrounding increased airflow and the availability of hand sanitiser have also changed approaches to hygiene. If these measures continue after the Covid-19 pandemic is over, it is definitely a positive step for hygiene

Terrorism is still a factor in how airports handle their security. Measures such as the need to remove shoes and reduce the size of bottles were exclusively introduced as a counter-terrorism measure, and remain an essential practice of normal airport security across the world today. And unsurprisingly, there is still a large focus on physical security to keep passengers safe.

Some attacks require careful monitoring and advanced technology, while others can only be defended with physical obstructions. Many airports have invested in physical defences such as concrete barriers in order to mitigate the potential risk of vehicle attacks.

“It is sadly the case that the tactics of terrorists evolve,” says Jim Treacy, General Manager of Maltaward, a company that specialises in airside services “part of the reason that the use of barriers has become so essential is because of the use of cars and other vehicles as weapons of terror. There have been countless examples of terror attacks themselves perpetrated using vehicles, or the vehicles being used to smash into buildings in order to gain entry.”

The rise of biometrics

It is now common to see biometric technology being utilised in airports. This concept is often rolled out as an opportunity to speed up the process of travellers passing through the airport, or even as a further method of improvement of hygiene via contactless check in – but this technology also plays an important and growing role in airport security.

Tech such as facial recognition has the potential to add a layer of non-human security to the process, freeing up security personnel to focus on other aspects of the job.

According to AiQ Consulting, the potential future of an all-biometric airport is a possibility: “The all biometric airport sets out to match facial characteristics or other unique biological signifiers (such as fingerprints or irises) to passenger passports, with a matching process known as “Single Token Travel” or the ‘token travel’ as referenced above. That facial recognition is then used at each stage of the journey through the airport to improve security, ease congestion and provide efficiencies to all involved.”

Rising levels of cybercrime and the increasing sophistication of attacks also pose a threat to airport security. In fact, a worrying report revealed that 97% of large airports around the world have security risks related to web and mobile applications, as well as dark web exposure, misconfigured public Wi-Fi and more.

It is unsurprising then that airports became the fastest growing infrastructure sector to invest in cybersecurity, with investment in cybersecurity solutions expected to reach $1.87 billion by 2030. Powerful defences such as round-the-world monitoring as well as next generation anti-virus software constitute a part – but much of the investment comes in the form of technology that stops attacks before they can take effect.

Indeed, many airports are investing heavily in preventative cybersecurity measures such as dark web monitoring, which is described as ‘the process of searching for and keeping track of information relating to an organisation’s potential exposures on the deep and dark web’. It is important for organisations such as airports to continuously monitor for potential attacks against its system to help counter them before they can cause damage.