You are here: Home / Places / Estepona 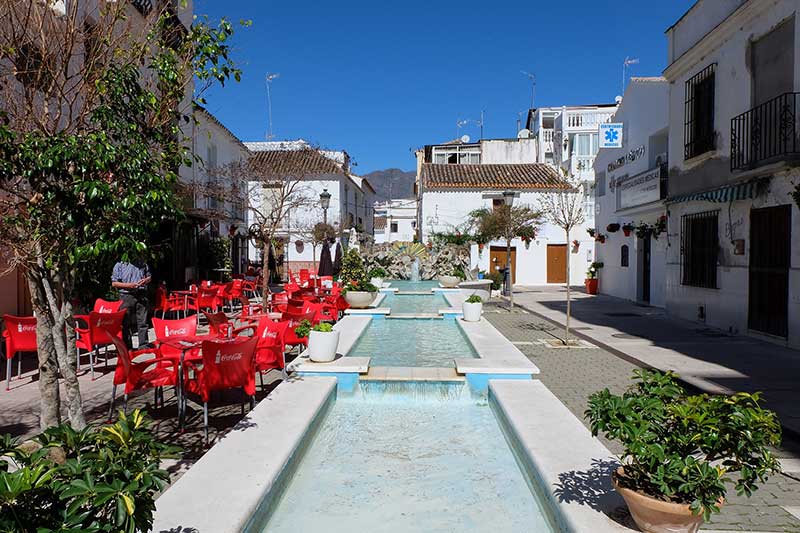 Estepona is situated in the south-west area of the Costa del Sol, just over 20 kilometres from San Pedro de Alcántara (Marbella) and approximately one hour from Málaga-Costa del Sol Airport via the coastal N-340 road or 45 minutes along the AP7 tollway.

Estepona was once a tranquil fishing and agricultural community, before the property boom of the 1980s, 1990s and early-2000s led to its transformation from a village into a modern urban sprawl – although in many ways it retains its traditional charm as a classic Spanish pueblo.

According to latest population statistics, there are 67,000 inhabitants in Estepona and adjacent areas, with the population described as “multicultural”. The annual average temperature is 17 degrees, but summer temperatures have been known to top 40 degrees and in winter to drop below 10 degrees. Estepona tends to have more rain, on average, than other areas on the Costa del Sol.

The town is equipped with ample modern amenities including supermarkets, shops and medical facilities as well as numerous bars, restaurants and – as a leading Costa del Sol seaside resort – chiringuitos (beach bars).

The town’s central paseo marítimo (promenade) has been significantly refurbished in recent years, and is a popular area for joggers and families enjoying a stroll. 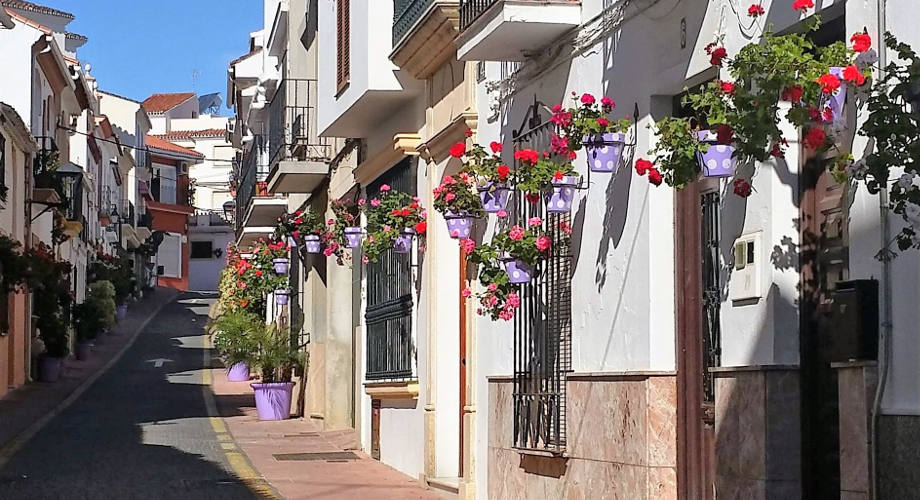 A little further along the promenade, towards Estepona’s western exit, is a flourishing marina. Here you will find an excellent range of restaurants and shops as well as a weekly market held in the car park and a daily seafood auction.

The boating entrance to the port is 80 metres wide and five metres deep; and there are 443 moorings ranging from eight to 35 metres. The port itself is between 1.5 metres and four metres deep.

Traveling west from the marina and leaving the town along the coastal road, you come to Costa Natura — Spain’s “first official naturist beach complex”.

Another popular beach in the municipality is Playa del Cristo, located in a small cove near Estepona marina, protected from winds and extending for 700 metres – with a chiringuito offering seafood specialties and a DJ and live music on weekends (depending on the season).

Other points of interest for those visiting Estepona include the 16th century Church of Los Remedios clock tower, the mediaeval San Luis Castle and the original bullring, which was awarded the 1972 National Prize for Architecture and currently serves as a music and folkloric entertainment venue.