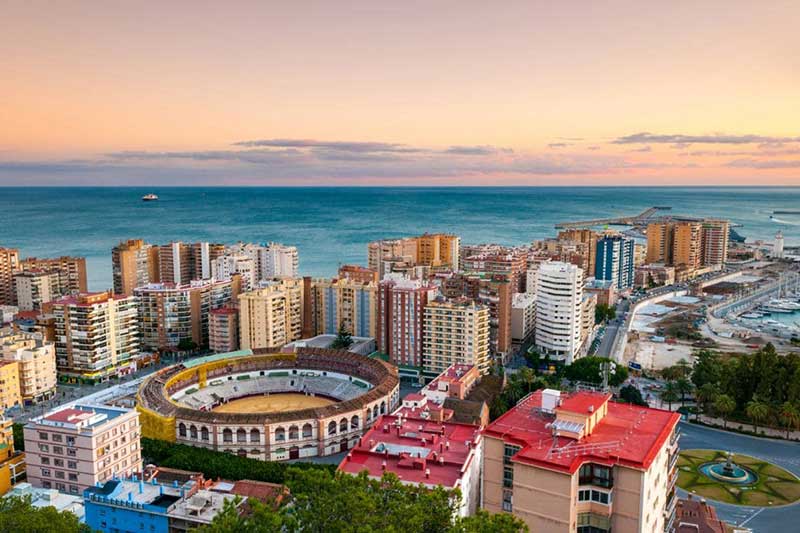 Of Andalucia’s big four cities – Málaga, Granada, Sevilla and Córdoba – the former is, arguably, the most underrated. It’s reputation, as the capital of the Costa del Sol, is invariably linked to tourism (the mass beach variety) but it has so much more. As does the Costa del Sol in general…

Málaga city has a rich history reflected in its imposing monuments, and a cultural legacy highlighted by numerous international-level museums.

It is famous for being the birthplace of celebrated artist Pablo Picasso, and more recently Hollywood actor Antonio Banderas (who has set up his own Soho Theatre for local productions, starting with A Chorus Line in November 2019) and Miguel Ángel Jiménez (“the most interesting golfer in the world”), although he was actually born outside the city limits in the Churriana district.

Add in the area’s incomparable climate and a solid reputation as a safe and secure destination for visitors, and it is clear why in recent years Málaga has become consolidated as one of Europe’s most attractive tourist cities.

Málaga is a port city on southern Spain’s Costa del Sol. It is known for its high-rise hotels and beautiful sandy beaches, as well as two huge hilltop citadels – the Alcazaba and the Gibralfaro. The city also features a soaring Renaissance cathedral, nicknamed “La Manquita” (“One-Armed Lady”), after one of its towers was strangely left unbuilt.

With a population of approximately 600,000 people, the city is a thriving metropolis of multicultural and cosmopolitan diversity.

Calle Marqués de Larios is one of Málaga’s most famous streets. Located in the city centre, it is home to a wide selection of bespoke shops, cafés, bars and restaurants. It really is the ideal place to watch the world go by, while soaking up the Spanish culture and climate. The El Corte Inglés is another must-visit if you are into shopping. This sprawling multi-storey department store can be found at the entrance to the city.

If you visit during August, be sure to set aside time for Málaga’s famed annual feria (fair). The event typically runs for 10 days and 10 nights, and is packed full of fun and entertainment for all the family. Spanish people really know how to party, so dust off those dancing shoes and prepare to have a great time.

If partying isn’t really your thing, the Easter processions through Málaga’s streets are respectfully solemn but truly spectacular to watch.

Getting to Málaga from its international airport is quick and easy. If you are driving a rented car, take the MA-20 and you will arrive in approximately 25 minutes (depending on traffic). Alternatively, take the bus for around €3 and you will probably make it into town in just 15 minutes; or the Renfe Cercanías train service (costing €1.80 for a one-way ticket), which will get you there in 12 minutes.