You are here: Home / Places / Torremolinos 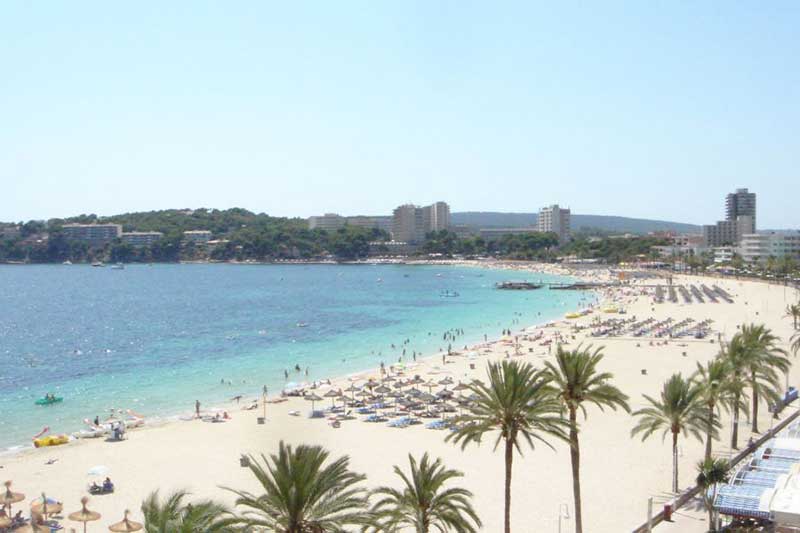 The modern town of Torremolinos is often thought of as the place to go for a cheap package holiday, after gaining a bit of a dodgy reputation in the 1970s. Nowadays, however, this reputation is a thing of the past, with Torremolinos having become a popular general tourist destination on the Costa del Sol, with excellent amenities and services.

Close to Málaga-Costa del Sol Airport, the town is known as the gay capital of the Costa del Sol and has a rich history dating back thousands of years.

Torremolinos is a Mediterranean resort typically known for its sandy beaches, but several important archaeological discoveries have also been made in the town, including human bones, tools and pottery, indicating that the town was settled as early as during the Neolithic Age.

Originally, Torremolinos’ economy was reliant on the mill industry, which is how it got its name – Torremolinos translates to “Tower of the Mills”. However, this industry started dying out in the early 20th century, and the resort became increasingly reliant on tourism.

Back in 1962, with Spain still living under the Franco dictatorship, Torremolinos opened Spain’s first-ever gay bar, leading to an outcry and public arrests. Fortunately, times have moved on since then, and the town now has a thriving gay – and nightclubbing –culture.

As you arrive in Torremolinos, one of the first things you see is the statue at its town centre entrance, known as the “Monumento al Turista” (although there are plans to remove it, as many residents believe it is inappropriate as a “tribute to tourism”).

After you drive through the centre, you come to the stunning sandy beach of La Carihuela, ideal for beachfront dining, leisurely coastal walks and clothes and souvenir shopping.

On the town’s eastern border with Málaga (back towards the airport) is Plaza Mayor. This complex comprises a diverse array of shops, restaurants and bars, as well as arcade games and a multi-screen cinema showing films in both Spanish and original-version. Just up the road from there is another slightly smaller retail park, with an IKEA store.

Your trip to Torremolinos wouldn’t be complete without also visiting the Crocodile Park and the town’s Molino de Inca Botanical Garden.

Torremolinos is a convenient distance from Málaga-Costa del Sol Airport so getting to the resort is easy. You can either drive the 10 kilometres down the main highway, catch a bus from the airport for €3.80, or take a short one-way train ride for €1.80.

The town also offers a good range of public transport options, so getting around Torremolinos is a doddle.