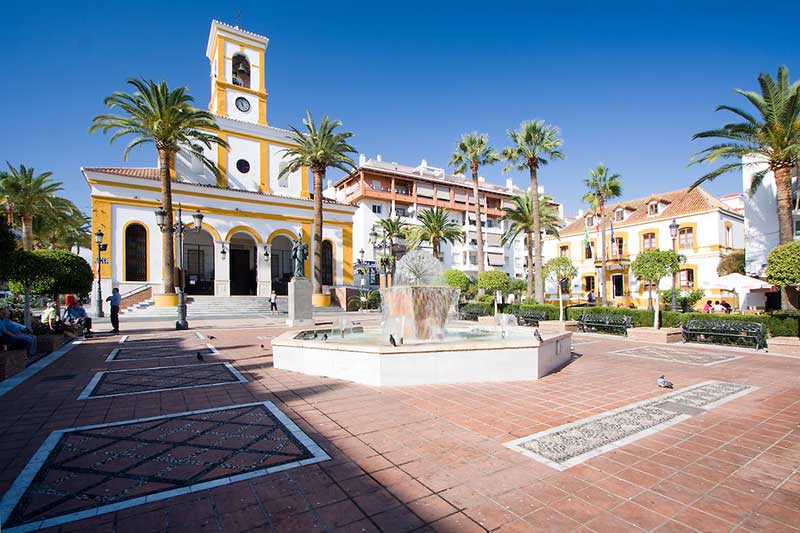 In terms of roads and public transport, the town itself is well connected and conveniently accessible to and from other areas of Andalucía and Spain as a whole.

In order to improve traffic flow, a new tunnel was built that significantly alleviated congestion on the coastal road through San Pedro de Alcántara.

The town was officially founded as a farming community in 1860 by the first Marques of Duero, General Martin Gutierrez de la Concha e Irigoyen

Traditionally, thanks to its fertile grounds and climate, San Pedro de Alcántara was a farming community, with many locals also living off fishing. Over the years, building became a much bigger industry, and people left farming and fishing to move into construction – and residential-tourism.

San Pedro de Alcántara has over the years been a popular destination for both tourists and foreigners looking for a new life abroad. Even though this influx of new inhabitants caused the town to grow rapidly, and become a premier multicultural location on the Coast, many areas still remain traditionally Spanish.

The current population of San Pedro de Alcántara is in the region of 35,000 inhabitants, with numerous foreigners residing full-time.

Centre square church – Built by the Marques del Duero and opened for mass in August 1869, the church is built in a colonial style similar to San Luis Villa.

San Luis Villa – This was originally built by the Marques del Duero as an administration centre during the town’s planning and building.

The old Sugar Factory (La Alcoholera) – Due to the high costs of transporting sugar cane to this part of Málaga province, the Marques del Duero decided to build a sugar factory, which was situated in what today is known as the El Ingenio neighbourhood.

The factory was officially opened in 1871, within the industrial complex, and there was also a winery which produced a high-quality muscatel wine, and an alcohol factory that currently houses a cultural centre.

The San Pedro de Alcántara Feria (Fair) is held for four days in October (coinciding with Patron Saint’s Day celebrations on the 19th). It is also one of the last annual ferias in Andalucía for the year.