You are here: Home / Places / Marbella 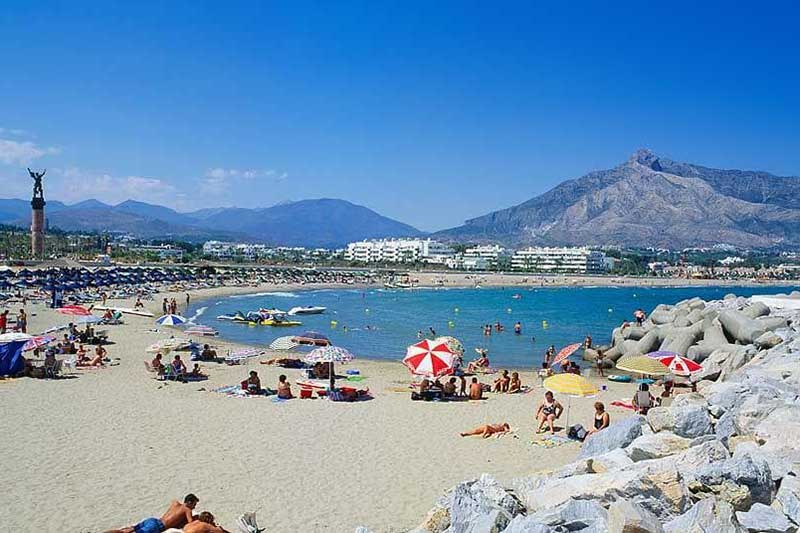 Located 50 kilometres from Málaga-Costa del Sol airport, Marbella is globally famous for attracting the rich and famous since the early 1950s. It covers an area of approximately 117 square kilometres and has an official permanent population of just over 140,000 inhabitants, making it the second most populated city in Málaga province (after Málaga) and the eighth in Andalucía.

For many decades, Marbella has been a premier destination for mega-yachts owners, and a popular luxury resort for people from northern Europe, the Middle East and the U.S. It offers superb outdoor facilities and a modern infrastructure, as well as sumptuous beach settings and diverse leisure attractions.

Marbella can be reached via the N-340 coastal road, from which Málaga-Costa del Sol Airport takes approximately 50 minutes, depending on the traffic.

The other driving alternative is via the AP7 tollway, which reduces travelling time by 20 minutes. This motorway joins the regular main road just before La Cañada shopping centre on the north-eastern outskirts of Marbella.

Another option is to do the trip by bus, a journey of just over an hour that takes you straight into the Marbella city centre.

The main street in Marbella is Ricardo Soriano, a wide avenue with chic boutiques, trendy bars and coffee shops, up-market restaurants and palm-tree-lined side streets.

Marbella was once a small fishing village that became popular among visiting aristocrats and celebrities during the 1950s. According to statistics, its population increased by 897 per cent between 1950 and 2001.

Marbella’s climate is another attraction for both foreigners and Spanish nationals holidaying on the Costa del Sol, as well as for those in search of property. Its ideal Mediterranean climate provides an average of 2,900 hours of sunshine a year.

Away from the tourist-orientated shops and restaurants is a far more tranquil and laidback side to Marbella, still typically and traditionally Spanish with narrow streets lined with orange trees – almost as if the modernisation that surrounds it bypassed this area.

Golf in Marbella is another hugely popular attraction. In fact, Marbella has more golf courses than any other municipality in Spain: highlighted by clubs that have hosted international championships including the World Cup (Las Brisas), men’s and women’s Spanish Opens (Aloha, Guadalmina and La Quinta) and other European Tour events (Los Naranjos). There are golf courses to suit players of all levels, academies for beginners and children, and even a floodlit course opposite Puerto Banús (Bánus Executive Golf) for playing golf in the evening. 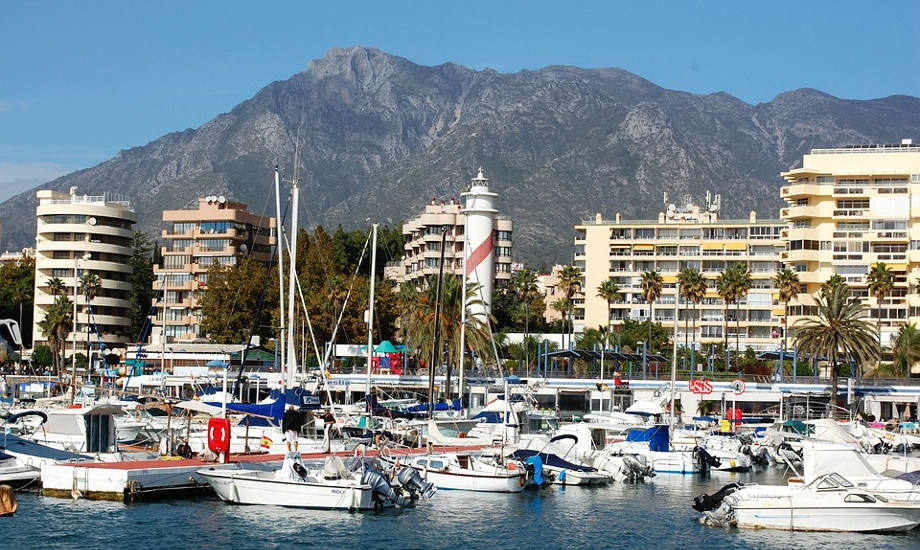 From visitors staying in five-star deluxe hotels to more budget-conscious tourists renting a holiday apartment with family or friends… From those seeking a fun-filled frolick at a sumptuous beach club to others preferring a more laidback day chilling out around a private pool… From young revellers in late-evening (and early-morning) party mood to “mature” couples savoring an al fresco gourmet dinner on a restaurant terrace… Marbella has plenty to offer to all kinds of people, all-year-round.